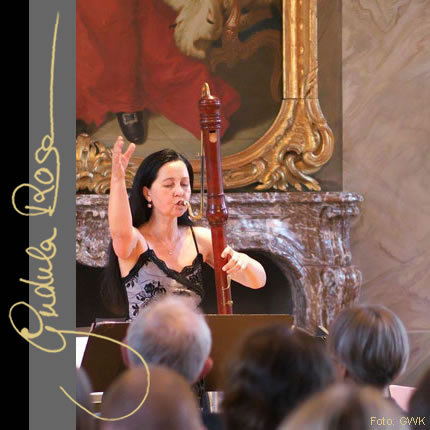 The Ensemble Stationen NRW was founded 2014 by Landesmusikrat NRW for the project Stationen II.

On YouTube and SoundCloud You may listen to some recordings:

which is one of the best baroque youth ensembles of Germany.

“Baroque Music rediscovered and passionately played by young music talents.” This could be the motto of this highly acclaimed ensemble, which has since its formation in 2000, won numerous prizes and grants. In 2001, 2004, 2007, 2010, 2013 and recently in 2016 the ensemble won the first prize with highest points at the most important German youth competition “Bundeswettbewerb - Jugend musiziert”.
Specialising in late baroque orchestral works and concertos (Bach, Haendel, Telemann, and Vivaldi etc.), this ensemble has won the hearts of audiences through their unorthodox and lively approach to historical playing style with original instruments and bows.
With to date 3 CD productions as well as concert appearances in German television, the ensemble has taken successful concert tours of Ecuador, Brazil, USA, Malaysia, Singapur and France. For the second time the ensemble was invited in 2005 by the German Cultural Foundation and the Goethe Institute to Ecuador after a successful tour the previous year. Charity concerts in Brazil and playing for the poor and homeless in Sâo Paulo were among the most memorable experiences of these tours, demonstrating the power of music in fostering understanding among people of different backgrounds and cultures.
For its top achievements, the ensemble has also won special awards from the German Music Foundation, the Manfred Vetter Foundation, the Sparkassen NRW Foundation, the Telemann MELANTE Foundation and the German Musician Association. The ensemble is jointly trained by Gudula Rosa.